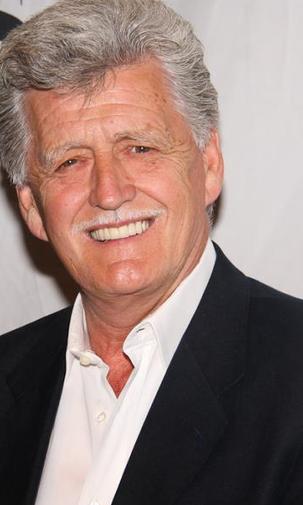 B.H. Barry was born in the English town of Staines. Raised in a working class neighborhood by a single parent, left school at fifteen and ended up working as a chemical engineer for the leather industry, leaving after three years to pursue a career in the theatre.  At the age of nineteen, he attended the Corona Stage Academy.

It was there, B.H. studied with Paddy Crean, Errol Flynn's stunt double. He became a teacher at Corona of mime, voice, dialect and stage combat. He also directed many projects at the Academy. In the 1960s, he went on to study Aikido and stage combat with his friend and mentor, Barry Jackson.

By the 1970s, he had already established himself as one of the foremost fight directors in England, working in the theatre for the Royal Shakespeare Company, The Royal Court, and the West End. On television, his work appeared on the B.B.C. and commercial television, and he was working on films with top-flight directors, such as Richard Fleischer, Wilford Leach, and Roman Polanski.

In 1971, B.H. came to America to teach a movement workshop in Dallas, Texas. He returned in 1973 to Lenox, Massachusetts with his friend Tina Packer to help create the well-regarded Shakespeare & Co. While in Lenox, he met Earl Gister, chairman of the drama dept. at Carnegie Mellon, and was invited to teach a course there. That was the beginning of a long and illustrious teaching career that included teaching at (and in many cases, creating) the stage combat programs for The Juilliard School, Yale, NYU, Temple, City College, and Circle in the Square Theatre School; with many other workshops and master classes at various universities and conservatories around the country. He is still teaching at Circle in the Square today.

B.H. has helped form several theatre companies in his career, including Blue Light in New York City and Shared Experience with Mike Alfreds in the UK. It was with Shared Experience that B.H. and Mike developed their signature style of “Story-Teller Theatre,” which consisted of minimal sets and effects, and instead relied on actors using their words, movements and props to create time and place. Their 1978 production of Bleak House became the role model for many productions in that style, from the RSC’s production of Nicholas Nickleby in 1980 to the National Theatre’s 2007 production of War Horse and Peter and the Starcatcher in 2011 by the La Jolla Playhouse.

For over 30 years he has called the U.S. home, living in New York City with his wife and daughter.

Over his career, B.H. Barry has been awarded a Drama Desk award and an Obie Award for Sustained and Consistent Excellence in Stage Combat. In 2010, he received a Tony Award for Special Honors for Excellence in the Theatre. He is the first and only Fight Director to receive this award.